MAGGS used graphics displays driven directly from the simulation host via serial or parallel connection, with a myriad of switches around the display to permit item selection, numeric entry, etc. 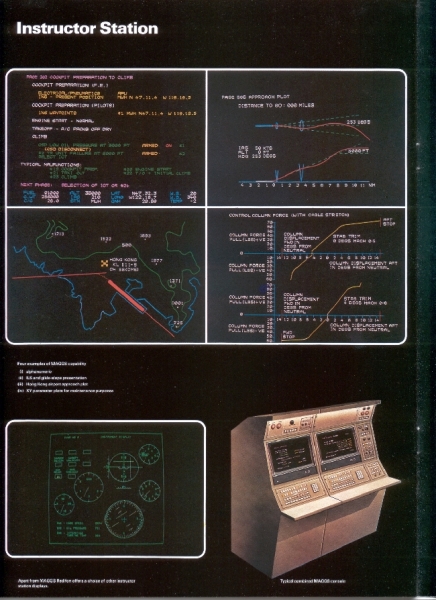 In 1987 Rediffusion revolutionized the simulator instruction station with the adoption of a touchscreen as the primary input device. The first I heard of this was during 1986 whilst working at Singer Link-Miles. Initially the reaction from the instructor station engineers was one of derision, the general opinion being that a touchscreen was not a viable input device on a motion platform. However to keep up with the competition the good folks in the sales department agreed to deliver an A300 simulator to Thai with a touchscreen instructor station, despite the fact that this would require years of development to deliver.

The first version of TASC (Touch activated simulator control) was delivered to Air France on their B747-200 simulator; and it was delivered before it was ready to be delivered mainly because it was a whole new way of doing things and genuinely had some clear innovations, but unfortunately it was really pushing the edge of the envelope in terms of CPU and graphics. The first systems were specified probably in around 1985, and had a measly 68000, with NEC µPD7220 based graphics cards. The net result was a poorly performing system. However fortunately this was back in the days when Moore's law really applied so by 1987 68020's and graphics cards using Hitachi HD63484 ACRTC were the base platform. At this point I'd changed companies and was working at Rediffusion on instructor station development.

After getting used to the new touchscreen technology I had to agree that we were all wrong in 1986 and touchscreens were the best way of operating an instructor station. TASC still had it's problems though, even with the new hardware the performance was still a problem, page loading times were high at 1 to 3 seconds. This is something that I fixed in mid 1987 by reducing the amount of data that needed to be loaded for each pagechange. This reduced the page change time by an order of magnitude to around 0.1 to 0.8 seconds.

The early TASC systems relied on a serial communications link running at 19,200baud to transfer data from the simulation host. The performance wasn't great, but also the reliability wasn't good and sometimes the comms would drop out during training for no valid reason.

Primarily because of the performance, but also as part of the strategic development plan, Rediffusion was developing a VME version of their reflective memory system (part of SCI-Clone). This was another crucial part of the performance story, and in 1989 whilst working on the Swiss Hawk we finally managed to get one of the second generation (buffered) memory cards and I modified TASC to use this directly and the improvement in performance was amazing.

Because of the problems with the TASC instructor station a new development project was started in 1987 to evolve TASC into the next generation of instructor stations. This was supposed to be "an evolution not a revolution" with some impressive objectives. 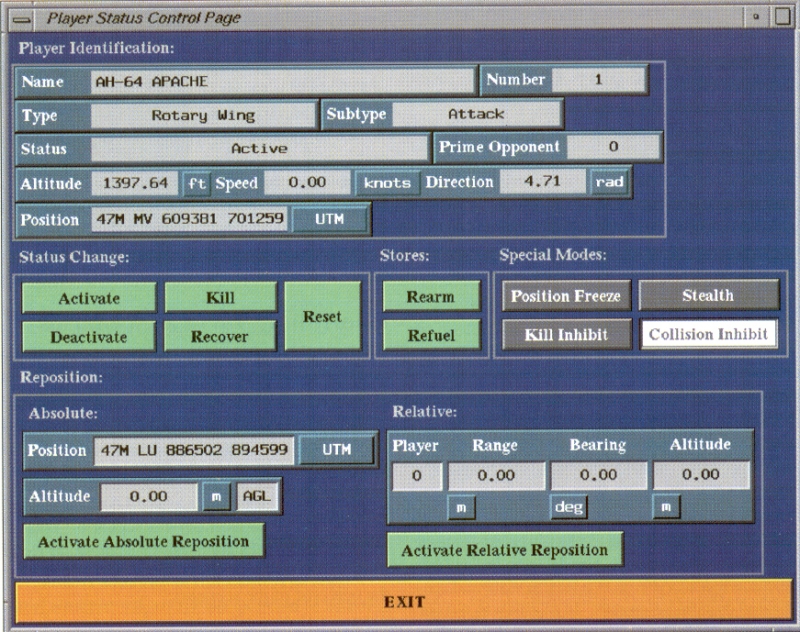 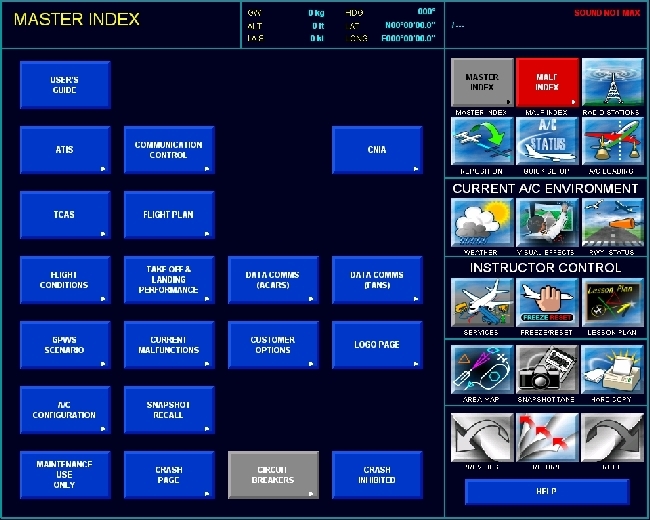